By Jemma Tipping on November 3, 2015 in Job Interview Tips 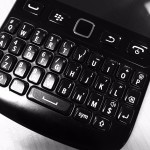 It seems that phone interviews are becoming more the norm nowadays, it makes sense as they let hiring managers sift out unlikely candidates early on with minimal time commitments. As the candidate – this means you only have 30 minutes to make your mark on the company and convince them you are the right person for the role.

It’s important to make the distinction here between calls with recruiters or HR teams and official telephone interviews directly with the hiring manager for a role – it’s the latter, and more important, I am covering here.

Now I don’t know about anyone else but I find calls notoriously hard, mainly trying not to speak over one another and giving them your full attention. It’s different when you’re looking the other person in the eye across a table as you can see when they want to speak, on the phone I find pausing a couple of seconds longer than you would normally allows a more natural pattern of conversation to develop.

It’s also more difficult to build a rapport or relationship with someone on the phone, this is why it can help to start the interview off with a couple of casual chatty comments. Try to avoid clichés like commenting on the weather, but a well placed comment about the role or the company should set you in good stead.

Whether an interview is on the phone or in person it’s important to be as prepared as possible. Research the company in full – ensure you’ve taken the time to look at their site and do a basic Google search for any recent news about the company, and read through the job specification in detail, making notes on your relevant experience or skills.

One of the benefits of being on the phone for an interview is that you can refer to notes easily without it being noted by the interviewer. This means you should be even slicker and smoother than in person where you need to remember what you want to say, and those lists of extensive skills required by the job specification.

Following up in person

Looking at it from both a candidate and an interviewer’s perspective following up a telephone interview in person, at the company’s offices is a crucial next step before accepting an offer. It’s important to meet your potential new boss in person, see the offices you will be working in and try out the journey to work.

Use your 30 minute phone interview to set the scene, give the hiring manager a quick insight into your key skills with the intention of expanding on this information in person at a face-to-face interview. It will also let you size up your new boss, decide if you can work with and for this person and whether this is a company you see yourself devoting your time to.

Having worked in recruitment many moons ago, Jemma has spent the years since then progressing her career and now works in a corporate role where she has hired (and unfortunately fired) a number of people. She is responsible for writing job specs, reviewing CVs, interviewing and ultimately hiring candidates. From a personal perspective she has also secured managerial roles at a number of widely known brands in the UK and has experienced a number of company’s recruitment methods in the process.
View all posts by Jemma Tipping →

Bad Behavior has blocked 787 access attempts in the last 7 days.