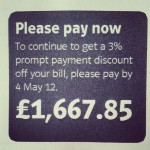 The first thing we noticed was a huge spike in the number of downloads taken from the site. This is to be expected in January.

Everyone comes back after their long Christmas break and there – sat bleakly at their desks like a scene from a Dickens novel – they dream of far away shores and much better situations.

So we looked closer at the numbers and the bleakness was there in the numbers. The huge spike in downloads was for our resignation letter templates and there we saw the essence of it; the bulk of our downloads were made up of people moving on from their work after coming back to work and not being able to cope with the hum drum of it all.

For many January is a time to take stock. It’s no surprise to most that divorce rates rise in January but it would be interesting to see some reliable statistics around resignation rates at this time of year.

Yesterday we hit the inevitable Blue Monday and we wouldn’t be surprised to see a huge surge in downloads for our resignation letters by the time January is over.

Maybe we will report back.

Nice Guys Finish First: The Importance of Generosity when Hunting a Career
Is My CV A Load Of Old Waffle?

Bad Behavior has blocked 417 access attempts in the last 7 days.