By Jemma Tipping on November 4, 2015 in Jobsearch 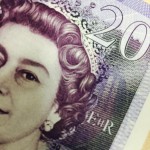 Having worked in recruitment myself, despite it being ten years ago, I thought a few tips on the ulterior motives of the recruiter might be of use. I’d like to specify that I’m referring to third party recruiters, not in-house company recruitment teams.

These companies make a living out of chasing down vacancies at companies, matching up the best and most relevant candidates and charging the company a finders’ fee – typically 15 – 25% of the base salary.

Recruiters themselves typically earn a low base wage and rely on commission from matching candidates to roles, so this is the main driver. This is also a key thing to bear in mind when applying for vacancies this way.

Fishing for information is a recruiter’s main trick, this can mean they ask you about other roles you’re applying for or for details about your current role so they can backfill you when you leave.

Something I was encouraged to do as a recruitment consultant was to call candidates for feedback after they had interviews I had arranged. While to the candidate this seems like an innocent, friendly courtesy call what I was actually doing was securing as much information as possible about the interviewer’s technique so I could brief other candidates prior to their interviews, actually improving their chances of success against others.

Unfortunately it is rare that recruiters have the candidate’s best interest at heart, they are often saying the same things to a number of candidates and something different to the company recruiting.

As a recruiter there are a lot of elements that can go wrong even if you find the right candidate for a role and the company agreed. People often change their minds, or don’t represent themselves to their best potential at interviews.

When I was working as a recruiter I had one candidate who showed up to an interview hungover and was sick in the interview room. On paper he was the perfect person for the role, but unsurprisingly the company quickly vetoed him.

Don’t believe everything you see

The final thing to know is that often job adverts you see may not always be accurate. A lot of recruiters use vacancies they have already filled or ones that aren’t entirely accurate to collate candidate CVs. The more candidates they have the more likely it is that someone will fit a role’s profile when it comes up.

If possible whenever I see a role advertised by a third-party recruiter I turn detective and try to identify who the company recruiting are and apply directly to them. Often job adverts will feature company information which is copied and pasted from a company website, so a quick Google search will throw up the answer quickly.

If you do decide to use recruitment consultants to help in your search just bear the above points in mind, and take most things they say with a pinch of salt. Happy job hunting!

Having worked in recruitment many moons ago, Jemma has spent the years since then progressing her career and now works in a corporate role where she has hired (and unfortunately fired) a number of people. She is responsible for writing job specs, reviewing CVs, interviewing and ultimately hiring candidates. From a personal perspective she has also secured managerial roles at a number of widely known brands in the UK and has experienced a number of company’s recruitment methods in the process.
View all posts by Jemma Tipping →

Bad Behavior has blocked 1059 access attempts in the last 7 days.