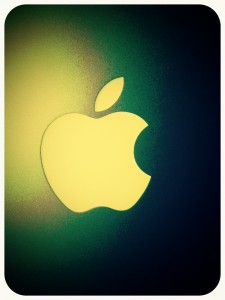 With the passing of Steve Jobs it is impossible to measure Jobs’ contribution to modern life.

Nonethless – to paraphrase President Obama – a vast amount of people found out about Steve Jobs’ death on devices that Jobs himself shepherded into the world. If you think about that for a moment, it’s a haunting thought; thrilling even.

It got me thinking, reading Obama’s quote, how many people use their smartphones and laptops to conduct their jobsearch. It would be impossible to take Steve Jobs out of the equation.

As people search for jobs online and email for jobs – attaching their CV as they do – many of us are not at home using a desktop PC. Many of us are on iPads and iPhones.

Even the Android owes something to Apple. Android – at time of writing – has grabbed a third of the smartphone market and Apple’s share has flatlined. But all you smug Android users out there (yes, I’m one of them) need to understand that without Steve Jobs there would be no Android operating system as we know it today.

Sure, Android was in development before the iPhone was announced; but the acquisition of Android Inc. by Google ensured that Apple and Google’s might were destined to meet.

Let’s face it, Android’s later evolution developed as a reaction to iPhone’s immediately accessible operating system that had people clamouring for their credit cards and the boom in all of these devices has had an immeasurable impact on business and the world of jobsearch.

So the next time you’re on your smartphone or tablet looking for jobs, spare a thought for Jobs.

Bad Behavior has blocked 724 access attempts in the last 7 days.